Seven Chemistry Department faculty ranked as Top Scientists in the World, including Professor Donald Truhlar at #14

MINNEAPOLIS / ST. PAUL (05/13/2022)—In the first edition of Research.com’s top scientists ranking, seven current Department of Chemistry faculty were included in the disciplines of Chemistry and Materials Science.

Professor Donald Truhlar led the way, with a ranking of #14 in the world and #9 in the United States in Chemistry. He is joined by Professors Lawrence Que, Marc Hillmyer, Timothy Lodge, Jiali Gao, Andreas Stein, and Ilja Siepmann.

According to Research.com, the ranking is based on a meticulous examination of scientists on Google Scholar and Microsoft Academic Graph. For scholars to be included in the list, their h-index must be above 40. Their contributions made within the given discipline, as well as awards and achievements, are also considered. Each profile is then manually verified and cross-correlated against publications in a wide range of credible sources.

Over 35,754 profiles were examined for the discipline of Chemistry, and more than 11,163 were reviewed for Materials Science.

Position in the ranking is based on each scientist’s h-index. The h-index, publications, and citations values displayed in the tables were collected on December 6th, 2021.

Three department affiliated faculty from the Department of Chemical Engineering and Materials Science (CEMS) were also ranked as top scientists. 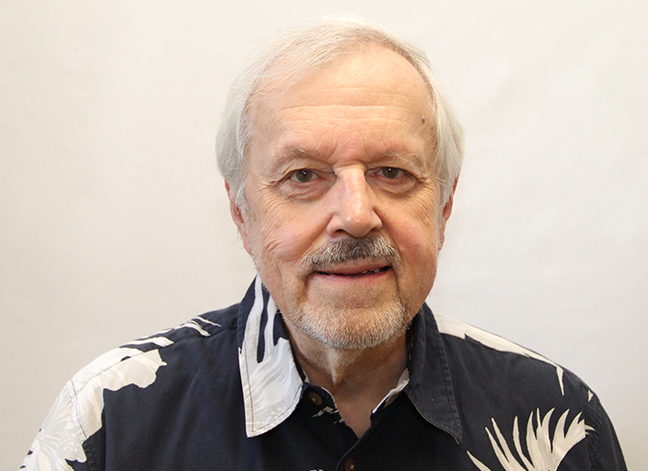 This news article was originally published on the Department of Chemistry News.

The Big Dipper of Diabatization

Our feature article on diabatic states has now been published: 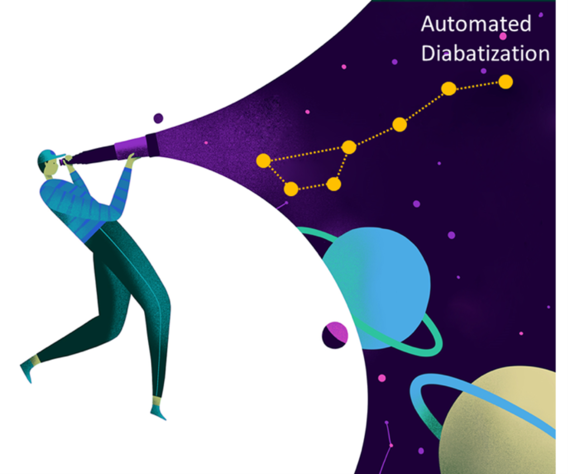 On Oct. 9-12, 2021, the Chinese Chemical Society National Conference on Quantum Chemistry was held in Shanghai. Several group alumni who participated are shown in the accompanying picture, which shows, left to right: Xiao He, Xuefei Xu, Yan Zhao, Xin Zhang, and Xin-Ping Wu. The titles of the presentations they made were as follows: 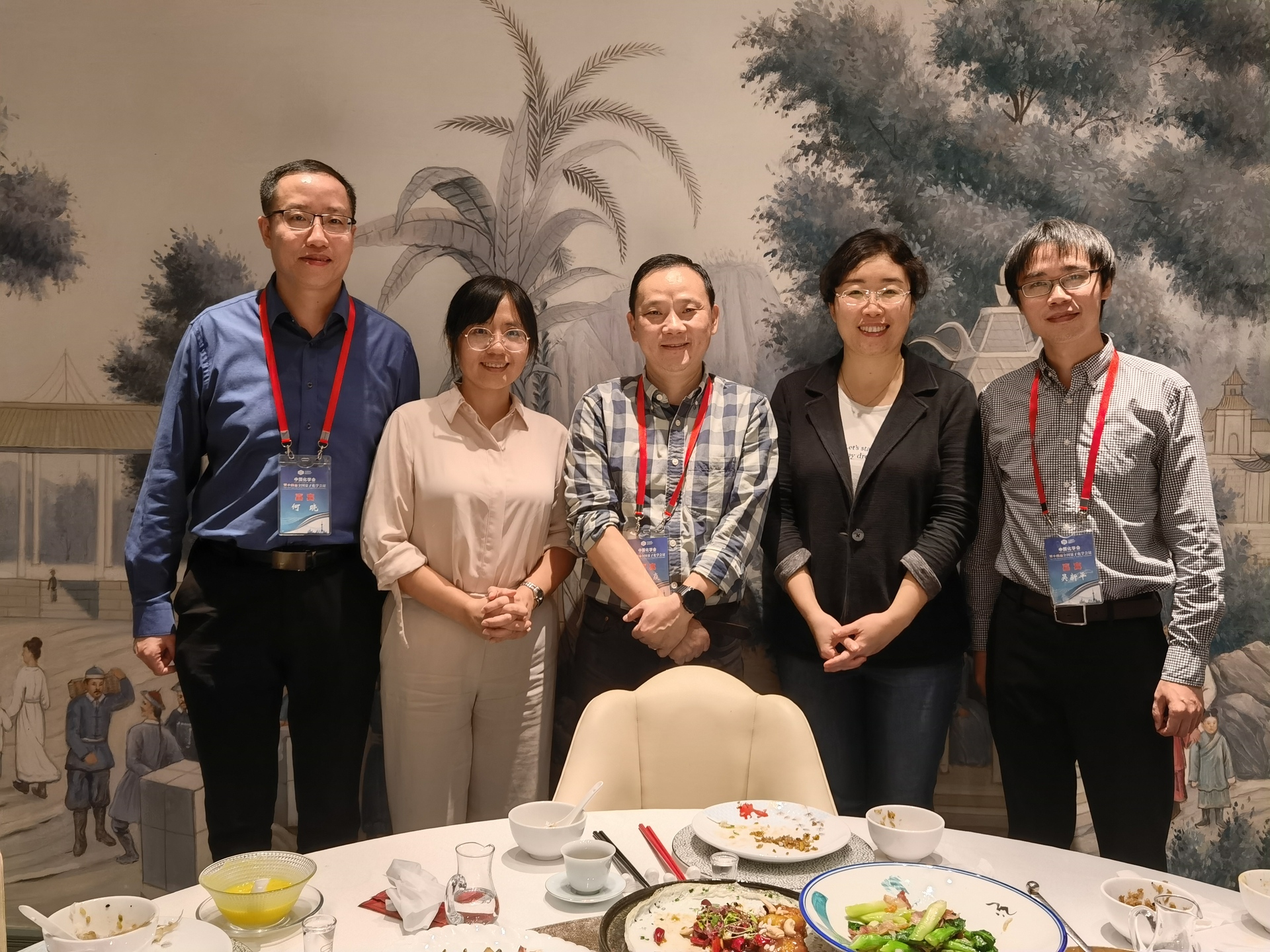 Our new computer program, TUMME, solves the master equation by the method of chemically significant eigenmodes to calculate temperature- and pressure-dependent rate constants for thermal unimolecular chemical reactions and chemical activation reactions. A paper describing the program is now published:

The program, which includes a detailed manual, is available free of charge at https://comp.chem.umn.edu/tumme

The program is written in double precision with Python 3, and quadruple and octuple precision are also available for some subtasks in C++ (the higher precision is often necessary at low temperature or for competing reactions). The  Python code can run in serial or parallel (multithreading and MPI), and the C++ code can run on a single processor or on multiple processors with OpenMP. 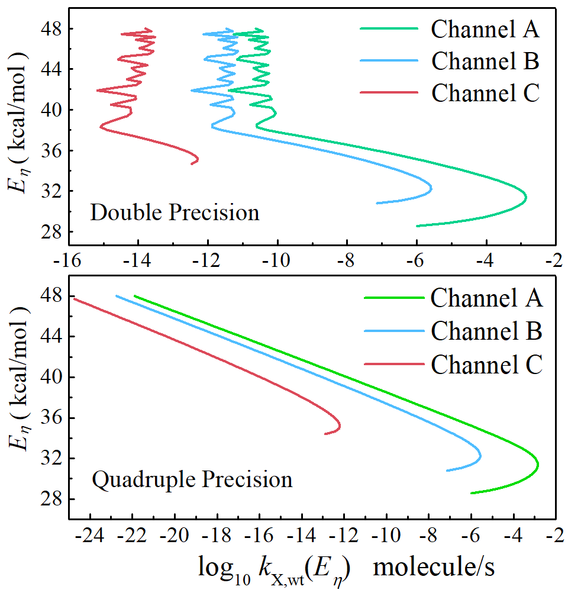 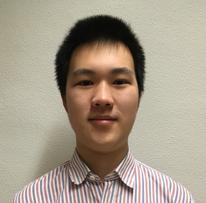 Dayou Zhang is the recipient of the 2021-2022 Robert and Jill DeMaster Excellence Fellowship. This is a very competitive fellowship and is a strong endorsement of his accomplishments so far in our graduate program.

Paper 1 presents a new algorithm, CASPT2.5, for accurate calculations on strongly correlated systems.  It also tests this algorithm and several other multireference methods on transition metal spin-splitting energies for which the standard CCSD(T) method fails.  The CASPT2.5 method is found to be very accurate with an affordable cost for small molecules and it is used to provide benchmark spin-splitting energies and geometries for transition metal complexes. These were used to test 60 exchange-correlation functionals. The MN15-L method was validated to perform very well for spin splitting.  We believe that CASPT2.5 and MN15-L can be very useful for calculating spin splittings, which are important for many technical applications.

Accurately treating strongly correlated systems is a challenging task for Kohn–Sham density functional theory (KS theory). The factors underlying its inaccuracy are only partly clear, especially regarding static correlation. To unmask the static correlation error, paper 2 compares the potential energy curves of four diatomic molecules, namely H2, F2, HF, and NaF, using restricted and unrestricted KS theory. With the aid of restricted KS theory calculations, Dayou found that limiting the percentage of Hartree–Fock exchange significantly reduces the static correlation error in Hartree–Fock theory. This work extends and builds upon a stimulating paper of Nobel Laureate Martin Karplus.  Dayou showed that utilizing restricted KS calculations is a useful tool to elucidate the origin of static correlation error in KS theory. One reviewer commented, “It is useful that it is brought home to the readers that there may be important drawbacks to the inclusion of exact exchange, and what the problems are exactly.” Another reviewer said, “I think this is a very interesting perspective on static correlation and I think the authors do a good job of supporting their claims with calculations.”

Paper 3 is a study of density coherences in multiconfiguration self-consistent field theory and Kohn−Sham density functional theory. The density coherences under study here are the off-diagonal elements of the one-body density matrix. Although the one-body density matrix is a central quantity in wave function and density functional methods, it has not been nearly as widely studied as the density itself, which is the diagonal part of the density matrix in the coordinate representation. Dayou compared CASSCF, Hartree–Fock, local Kohn–Sham theory, and hybrid Kohn–Sham theory for the density coherence.  The quantitative conclusions are quite striking, showing larger deviations among the methods than one might have expected. We expect that there will be much more emphasis on the density matrix in the near future, and this study can lay a groundwork for general expectations and thereby help guide the development work.

Paper 4 describes a new theory — multiconfiguration density coherence functional theory — and it demonstrates its promise for representing the correct physics of static and dynamic correlation. Potentially it allows new strategies for designing density matrix functionals that take advantage of the physical interpretation of the number of unpaired electrons rather than unphysical effective spin densities. Dayou’s paper shows that already with just two parameters he can get good results for bond energies, equilibrium distances, vibrational frequencies, and potential curves.

In addition to his published work, Dayou has completed a fifth project and has a sixth in progress.  Project 5 analyzes static and dynamic electron correlation by decomposing the total electronic energy of calculations by restricted Hartree–Fock (RHF) theory, complete active space self-consistent field (CASSCF) theory, and multireference configuration interaction (MRCI). Dayou is using two different schemes to break down the total energy contributions to the potential energy curves for the dissociation of diatomic molecules. He finds that a significant portion of the static correlation comes from the part of the energy that is not expressible in terms of the one-body reduced density matrix. He also finds that negligible static correlation is included in the sum of the effective one-electron energy and the classical two-electron energy, which provides a way to understand the success of multiconfiguration pair-density functional theory (MC-PDFT) and multiconfiguration density coherence functional theory (MC-DCFT). This kind of analysis of energetic contributions to the total energy in terms of different components of the two-body reduced density matrix has never been done before, and it leads to fundamental understanding.

Jiaxin Ning has been awarded the 2021 John Overend Award for Graduate Research in Physical Chemistry. Jiaxin was given this award in recognition of her outstanding work on the following two research articles:

Polychromophoric assemblies are widespread in both biological systems and functional materials, and 1,3-cyclohexadiene and 1,4-cyclohexadiene are classic prototypes for investigating the electronic structures of molecules with interacting conjugated and unconjugated double bonds, respectively. The existence of Rydberg states interspersed with the valence states makes the quantum mechanical calculation of their spectra very challenging and has led to uncertainty about the extent of valence–Rydberg mixing. This paper, for the first time, demonstrates that one can calculate the whole spectrum of valence and Rydberg states in a consistent fashion; the agreement of theory with experiment is remarkable. A special characteristic of Jiaxin’s analysis is the calculation of the second moments of the excited-state orbitals.  These moments give a more accurate picture of the diffuseness of the excited-state orbitals in these prototype molecules than had previously been available.

The second paper describes calculations that open new pathways for treating bonds to heavy metals. Because Ce is in the sixth row of the periodic table, relativistic effects must be treated consistently in the molecule and the dissociated ion, and the treatment of Ce+ turned out to require the development of new strategies. Jiaxin found that the ground state is different with and without spin-orbit coupling. She also found that the ground doublet state of Ce+ is an intra-atomic hyper-open-shell state. Out of 40 multireference and single-reference methods tested, only seven get the identity of the spin-orbit-free ground state right.  The dissociation energy calculations show that the quantitative chemistry of bonds to sixth-period metal atoms presents a serious challenge to quantitative quantum chemistry.

Jiaxin is currently working on the simulation of the photodissociation of 2-fluorothiophenol. Because of the unique role of the intramolecular hydrogen bond, photodissociation and internal relaxation of this molecule provide a prototype for understanding substituent effects on the important p → σ* pathway that is key to understanding photostability in biological molecules. Jiaxin is developing a unique computational procedure for using the coherent switching with decay of mixing (CSDM) method in the SHARC program to do the dynamics simulations with the XMS-CASPT2 method for the electronic structure input.

Jiaxin came to our group after earning a bachelor's degree in chemistry from Nankai University in Tianjin, China. We look forward to her continuing contributions to theoretical and computational physical chemistry. 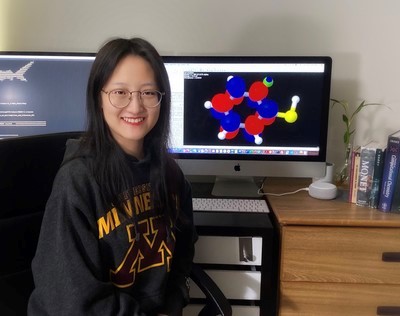 Developing a computational method that is both affordable and accurate for intersystem crossing is a major challenge. In a recent study, we have considered two key issues - the choice of electronic structure method and the treatment of electronic decoherence for the study of intersystem crossing (ISC) nonadiabatic processes. The results showed the successfulness of our coherent switching with decay of mixing (CSDM) nonadiabatic dynamics method and the dramatic effect of electronic decoherence on the buildup of triplet state populations.

Yinan Shu, Ph.D., a postdoctoral research associate in our group, has received the Wiley Computers in Chemistry Outstanding Postdoc Award organized by ACS COMP Division, sponsored by Wiley and presented by the International Journal of Quantum Chemistry and the Journal of Computational Chemistry. Yinan will share his work in the COMP Awards Symposium at the Spring 2021 ACS National Meeting, where he will speak on “Diabatization by Machine Intelligence.”  The figure illustrates Yinan’s work on permutationally restrained diabatization by a deep neural network. 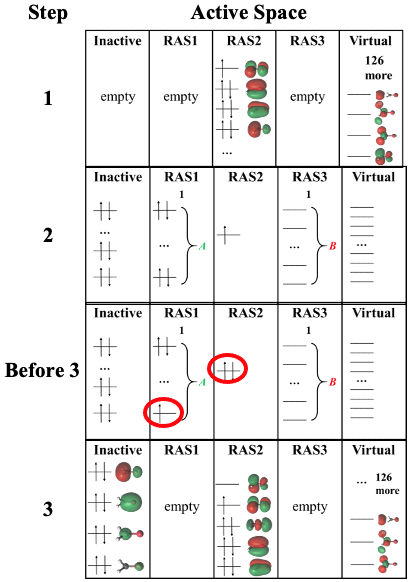 Chemical Science, the flagship journal of the Royal Society of Chemistry, announced today that the article

has been selected for the themed collection Most Popular 2018-2019 Physical and Theoretical Chemistry Articles:

Click on "Read more" to read the rest of this newsletter.